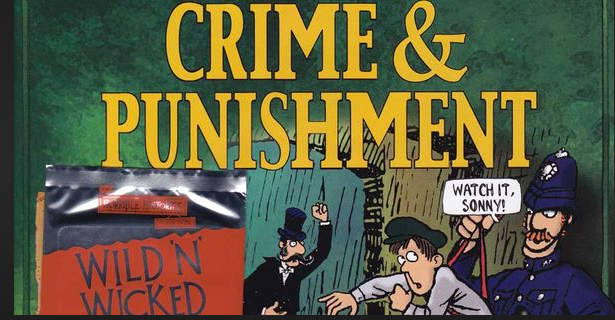 We would like you to know that the wording and spelling of words, is how they would have been said and spelt in that period ie: gaol is now jail.

At Lewes races last week an E O table was brought to the race ground and openly fixed there, by a parcel of sharpers, when Sir John Shelly with the approbation of all that were present, had the table broke to pieces and put the owners of it to flight. This is a conduct which deserves to be imitated by the stewards of every race who should carefully prevent the schemes of such infamous and notorious cheats.

John Edwards was charged with playing at cards the game of chance, upon the race course this evening. It appeared that soon after the termination of the days racing, prisoner had established himself in what he no doubt considered a likely spot and began handling a pack of cards in rather an attractive manner. The old game soon commenced that of a bystander (supposed to be quite ignorant of the others movements) advancing a little money upon one of the three cards and of course was very successful in dropping upon the right one. George Morley a labourer employed by Mr Ellman being desirous of making a profit of the gamblers liberal offer, accepted a bet that he could not tell which was the 9 of clubs out of the three cards. The chosen card was lifted and it need hardly be said turned out to be some other. One shilling had thus been drawn out of Morleys pocket and how many more would have followed the same direction, it is difficult to say, but fortunately at this stage police sargeant Jeffery who was in disguise and had been watching the prisoner, collared him and marched him of to the lockup. he was committed for six weeks to the house of correction.

J Ford was charged with gambling on the hill and card sharping about an hour before his apperance in court. John Edwards police constable, deposed I was on duty in plain clothes this day on the Lewes race hill. I saw the prisoner playing with the cards produced and inviting others to play with the three cards. I saw the prisoner win one half crown. There was a dozen round him . There were three cards and one court card. Prisoner said there was a lot playing cards and he did not know but what he might play. Witness said prisoner was a well known character at Brighton and had been convicted before and in prisoned. The prisoner said "never" but Mr Sanders had just before said the prisoner had been in Lewes gaol twelve months before. Prisoner said that was for an "insult" and he paid the fine. Six weeks hard labour. Prisoner said the police had told a Falsehood in saying he had been convicted before and he would make him pay for it so far as a few pounds would go.