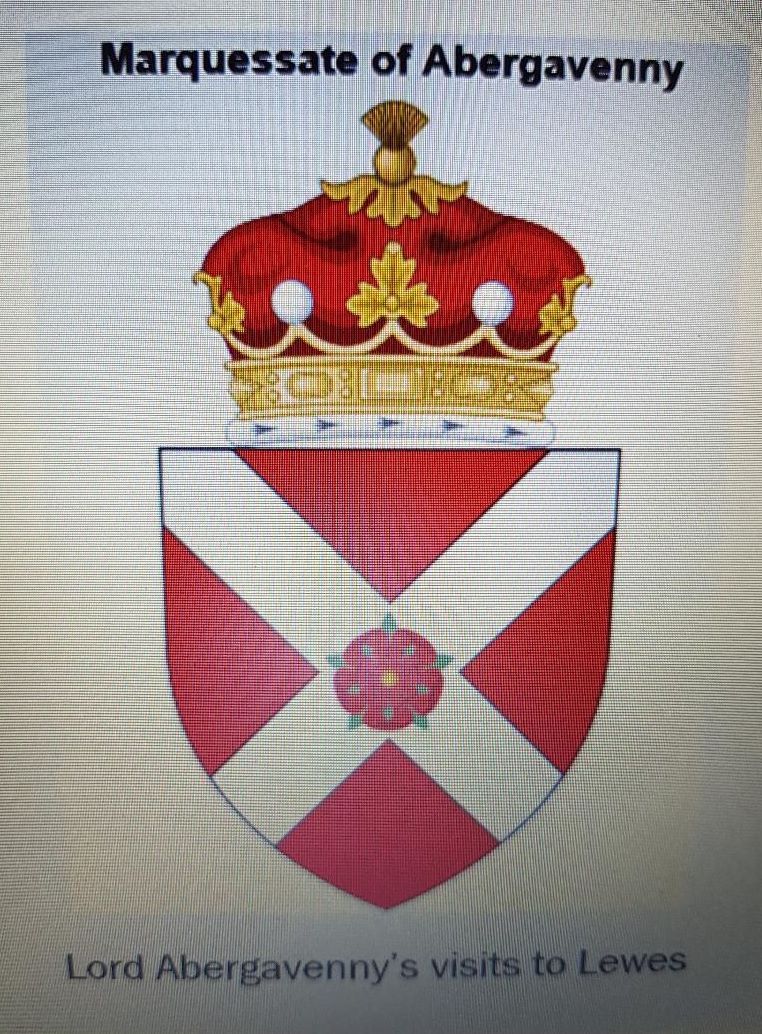 Lord Abergavenny has recently built a new stand and is the owner of the land, on which the course is situated. Today he chartered a special train from Tunbridge wells and brought a large party of guests who are staying at his castle in Eridge. The increase in the number of carriages was very great and noticable among them were the numerous Drags.

About noon a special train from Eridge Castle with the Lord and Lady Abergavenny and a party of distinguished guest, were conveyed to the racecourse where they occupied his lordships private stand and those who was present, were Captain Cicely  Hardy, Mr Reginald Nevill, Lord Torrington, Lady Sandys, Lord Calthorpe, Lord Dapplin, Mr George Nevill, Mr William Nevill, Major Keith Faulconer, Colonel and Mrs Astley, Mr R J Streatfield, (Master of Southdown Foxhounds) Mrs Streatfield, Mr C A Egerton (Master of East Sussex Foxhounds) Admiral Rous, Sir W Milner, Mr G Payne and Mr B D Treherne. With regards to carriages, there were never seen so many here before and the space allotted not being large enough to accommodate them with standing room, aditional ground had to be taken in.

The special train from Eridge which the Noble Earl of Abergavenny always charters for the convenience of the guests staying at his castle and all his tenants who chose to avail themselves of the privilege, arrived at Lewes station at midday and the party was meet outside the station, where His Grace had laid on the carriages that left his castle early this morning, to drive them up to his private stand on the course, that was once again filled with beauty and fashion, a large number of Ladies also graced the upper story of the stewards stand. Among those present where the Earl and Countess of Abergavenny, Viscount Torrington, Viscount Nevill, Lord George Pratt, Mr H Nevill, Mr G Nevill, William Nevill, Mr C Lane Fox, Laduy Sandys, Misses Sandys Sir William Milner, Captain Gathorne Hardy, Mr John Welby, Captain Gooch, Captain PoleCarew, Miss Hamilton, Miss Eastwood, Miss McKerrell, Mr Langham Christie, Mr Charles Vernon, Mr R J Streatfield, (Master of the Southdowns Foxhounds) Misses Sclater, and Colonel Mackay.

The Earl of Abergavenny's private stand that was built three years ago was occupied by a large and fashionable party, most of whom had come by a special train from the Noble Earls castle in Eridge. The party included the Earl and Countess of Abergavenny, Magor Charles Keith Falconer, Mrs Falconer, Lord George Pratt, Mr Henry Nevill, Mr George Nevill, Lady I Nevill, Mr Charles Lane Fox, Mr E Taylor (MP) Mr L Christie (MP), Mr Carey and Mr R Streatfield, Captain and Mrs Cooch and many more.

The Earl of Abergavenny, the Noble patron of the meeting was once again present, with a distinguished party from Eridge Castle. A special train was chartered from there accommodation and arrived at Lewes shortly before the Commencement of the racing, a handsome drag brought from Eridge castle by special convoy his Lordships guest from Lewes station to his private stand.

The Earl and Countess of Abergavenny arrived by special train from Eridge Castle with a numerous and fashionable party and occupied his Lordships private stand.

The Marquess of Abergavenny train arrived at Lewes at 11.30am he and his invited guess where transported to his private stand.

The Marques of Abergavenny had his usual special train that consisted of two Royal saloon carriages, two compsite carriages and a first and second saloon carriage for his tenants and tradesmen. The two special guards who are always in charge of the Royal train when it is used by the members of the Royal family, were in attendance and on the front of the engine was a new special board on which was painted the beautifully painted the Abergavenny arms and the Marquess's coronet. The train was under the charge of Mr F Graham the company station superintendent at Tunbridge Wells. Mr J Knight the general manager of the line must be complimented on the grand arrangments he made for the special occasion and it is another evidence of his earnest desire to promote the comfort of all how use his line.

As usual the Marquess of Abergavenny ran his special trains from Tunbridge Wells both days, his LordShip very kindly extended the priviledge of travelling by the train, to the tradesmen and tenants which was greatly appreciated. It was in reality the Royal train being made up of the fine saloons which are used by the Royal party, when they visit Goodwood. The grand new saloon recently built for the Royal family, was included in the train and we may mention that this carriageis divided into four compartments, including boudoir, which is splendidly fitted and lined with white satin, while on the other sides are apertures for flowers which on this occasion were filled with flowers which had been cut from the bordersw of Tunbridge Wells station and very tastefully arranged by Mr F Graham. There is also the general apartment and the lavoratory. The Royal guards traveled with the train which on both days was under the charge of Mr F Graham, the companies very efficient representative at Tunbridge Wells. The journey each day occupied just an hour, the party reaching Lewes at half past twelve. Carriages where at once entered and his LordShip guest drove through the town and occupied the Abergavenny stand.

The noble patron of the racing on the course where the Marques of Abergavenny, who brought a fashionable party from Eridge Castle, for whose accommodation saloon carriages where attached to the midday train from Tunbridge Wells. Mr Cox of Station Street supplied tha transport that was waiting outside of the station, to take hisparty to his private stand on the racecourse.